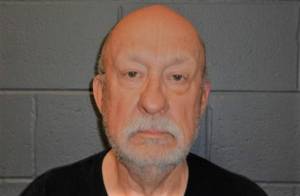 Frank A. Huggins, 75, was found guilty Tuesday of groping a teenage girl during a driving lesson.

Huggins, was working as a driving instructor at Lanier Technical College in 2016 when he was accused of repeatedly putting his hand on the inner thigh of a driving student.  A then 16 year old girl.  Judge Jeffrey Bagley found him guilty during a bench trial of felony sexual assault by a teacher and misdemeanor sexual battery.

He was arrested in October 2016.  Forsyth County Sheriff's Office confirmed the victim's allegations using evidence from a camera footage recovered from the vehicle.  Huggins, was later released from the county jail on bond.

Huggins, was sentenced to 10 years probation according to District Attorney, Penny Penn.

Tweet
Published in Local News
More in this category: « Campground Opens March 15 28 Year Old In Custody after Attempting to Exchange Cigarettes for Sex »
back to top