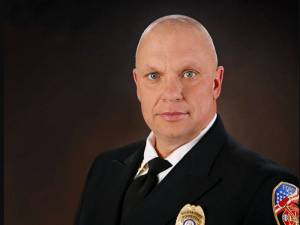 Interim Fire Chief Barry Head will be sworn in as Forsyth County's fourth fire chief during a ceremony on Thursday, Jan. 17.

"During his time as interim chief, Barry Head has shown that he will make an excellent Fire Chief going forward. He brings the operational experience and leadership qualities that are important for someone in this role," said County Manager Eric Johnson. "The Forsyth County Fire Department has very good leadership throughout the organization - and the department was headed in the right direction. Because of this, we knew we wanted to promote from within."

Chief Head has protected Forsyth County for over 25 years and has served in various public safety roles with both the Forsyth County Sheriff's Office and Fire Department. He most recently held the position of division chief, field operation prior to being named interim fire chief. In that role, Head was directly responsible for the daily field operations of the department and supervision of the six battalion chiefs. In addition, all fire station operations and emergency response were under his command.