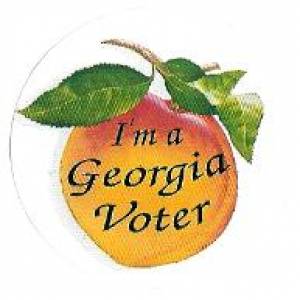 Candidates for county commission, sheriff and board of education were some of whom qualified for local races on Monday.  Other positions were School District and Coroner.

Both Senate seats have candidates with local ties as Libertarian Shane Hazel, a Forsyth County resident who previously ran for Georgia’s 7th Congressional District as a Republican, will run for the seat against Sen. David Perdue and Rep. Doug Collins, who represents Forsyth County and 19 other counties in northwest Georgia will run against Sen. Kelly Loeffler for the seat previously held by Johnny Isakson.

The races for both of Forsyth County’s Congressional seats – Districts 7 and 9 – are also expected to see many candidates as District 7 Rep. Rob Woodall is not seeking re-election and Collins is running for Senate.

Qualifying will remain open until Friday at noon for both nonpartisan and political party candidate.   The general primary will be held on Tuesday, May 19.  There will be three weeks of advance voting.

The general primary will consist of non-partisan races and selecting party candidates for the Nov. 3 general election. The Senate race for the seat held by Sen. Kelly Loeffler will be decided in November.

Board of Education- District 3