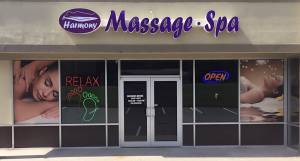 After violations of the county’s massage and spa ordinance, a south Forsyth business has had its license revoked .  At the regular meeting on Thursday, Forsyth County Commissioners voted 5-0 to revoke the massage license for Wanli Inc., doing business as Massage Harmony Spa at 2130 Peachtree Parkway, and licensee Chunlan Wang.

During an undercover operation and compliance check a Forsyth County Deputy was inside the establishment and had an audio device on him.  He asked for a massage.  He was told to go to a massage room by the owner.  An employee of the business came in and began performing the massage.  Approximately 40 minutes into the massage the lights dimmed and the touching began.  Once the touching began the deputy used a code word and other member of the FCSO entered the building.

County officials said not only in addition to the three violations being discussed at the meeting, there were also violations from 2018 still going through a state trial.

More in this category: « Creekside MOPS Sale Issuing of Absentee Ballots Begins »
back to top