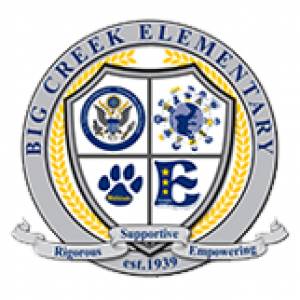 Big Creek Elementary wants to hear from former students and staff members about the May anniversary celebration.

Turning 80 is a big deal!  Especially if you are the oldest school in Forsyth County.  According to a recent press release  Big Creek wants to include anyone who has ever been involved with the historic school over the years.  As the district’s oldest elementary school still in operation, Big Creek Elementary was built in 1939 from the consolidation of three schools: Harris Grove, Oak Grove and Italy. Mr. A. M. Sosebee was the first principal as well as one of the school's five teachers. The original school building had no electricity. Each room was heated by a coal heater and drinking water came from a well in the school yard. Since its opening, Big Creek has had nine renovations and additions. The school is named after Big Creek, a stream in Forsyth and Fulton counties, which is a portion of Vickery Creek that was named after the Civil War.

There is a Big Creek Elementary Anniversary survey.  You can find out more by going to https://forms.gle/ZRMZcApYkmMAqR9v7, or you can purchase a legacy brick which will be installed after the celebration.

The anniversary will be held at the school on Friday, May 8 from 5-9 p.m.

More in this category: « One of 2019 Biggest Stories "Baby India" Buford Damn Road to Close »
back to top