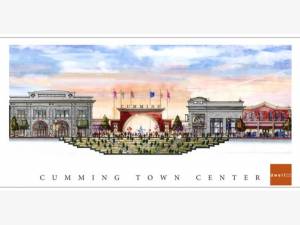 Groundbreaking on the project could happen later this summer.  The schedule looks like it will be on the project in August.  Sewer lines through the project have to be run and upgraded and upsized.  That will be the first part of the project.

Forsyth Central and the city center will share a parking lot located northwest of the school’s football stadium.