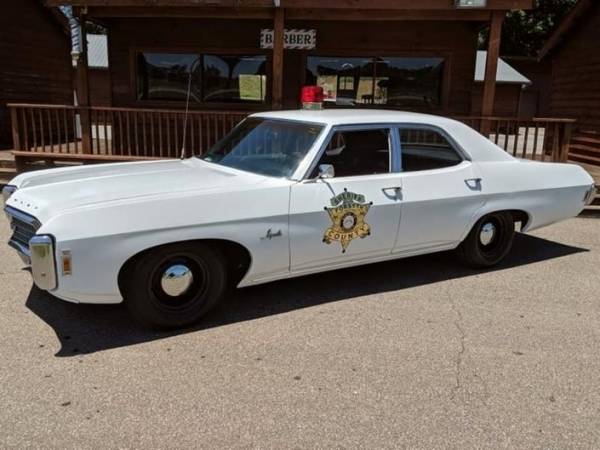 Mayor Troy Brumbalow  unveiled  a 1969 Chevrolet Impala that has been restored to honor the memory of two fallen Forsyth County Sheriff's Deputies.

"I am honored to present this tribute to fallen deputies in Forsyth County," Brumbalow said. "This car is a re-creation of the patrol vehicle that Deputy Bill Cantrell and Larry Mulkey were murdered in on January 10, 1972."

During the traffic stop, the suspects were able to disarm Cantrell. He was handcuffed before he and Mulkey were forced into the patrol car's trunk. Once in the trunk, the suspects fatally shot them both.

Prior to approaching the vehicle one of the deputies had written down the license plate number on a piece of paper. That evidence led to the arrest and conviction of the suspects, who were later determined to be prison escapees who had made a pact to kill any officers who stopped them.

The vehicle will be on permanent display at the City Center and will be a part of City parades going forward.

Tweet
More in this category: « BACK TO SCHOOL School Bus Stop »
back to top