50 Years Since the First Lunar Landing 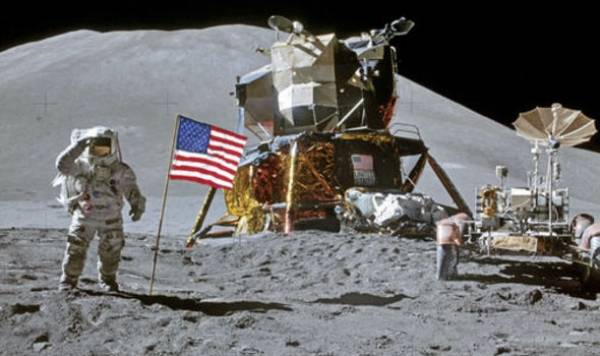 The Forsyth County Public Library celebrates the 50th anniversary of humankind's first steps beyond planet Earth with a special series of programs this month.

In 1969, the world watched as humans stepped foot onto the moon. The Space Race of the preceding decade challenged imaginations, rapidly advanced technologies, and captivated the world's attention.

Now 50 years, and the moon is still the farthest we have traveled, but not the farthest we've explored. Library patrons and local residents are invited to find out about the history and the future of space exploration in a new series of free events and guest lectures this month.

NASA Solar System Ambassador Curt Goodwin will speak at "It's Not Just Rocket Science: The Why and How of Space Exploration" on Thursday, July 18 at 6:30 p.m. at the Hampton Park
Library.

Godwin has been a fan of space exploration and kept his eyes to the skies from an early age. He now represents NASA. l His talk will highlight past and future human space exploration efforts, including the Space Launch System (SLS) scheduled to land on the moon by 2024.

The library's commemoration of the 50th anniversary of the lunar landing will  launch a program of their own oral history project, Forsyth Remembers.. This new project invited Forsyth residents to give interviews about their recollections of the space race and the lunar landing when Neil Armstrong became the first human to set foot on the moon.

Lunar Landing Memories the first collection of audio interviews to be published in the Forsyth
Remembers oral history project, will debut on Saturday, July 20 at 2 p.m. at the Sharon
Forks Library.

Curt Godwin will return to the library to give remarks about the Apollo 11 mission and the lunar landing. Then, the first Forsyth Remembers recordings will debut alongside video footage from the lunar landing. Laura Seward Forczyk, owner of space consulting firm Astralytical Laboratory for Space Resources and Executive Director of the Georgia Space Alliance, will close the event with a special presentation.

Forczyk is frequently sought for her perspectives on the space industry and her space policy expertise has been utilized by three U.S. House of Representatives' offices and five state and county organizations. She was interviewed on HLN and various radio, podcasts, and newspapers, most recently the Washington Post.

She also wrote four reports on the topics of NASA human spaceflight, launch vehicles, launch rates, near-space vehicles and is currently writing a book on the millennial generation working in the space industry. Following her presentation, Forczyk is expected to answer questions from the audience about space exploration and opportunities in the space industry.

Each of the events commemorating the lunar landing is open to the public and admission is free. For more information, or to search the catalog for books, videos, and materials about space exploration and the lunar landing, visit the library's website.

Tweet
More in this category: « FREE School Health Screening The Forsyth County Board of Commissioners announces plan to increase the county's Maintenance & Operating and Fire millage rates »
back to top